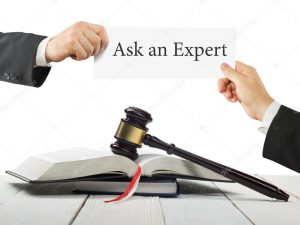 The direct examination went rather well considering that most people expect the retaining attorney to be a great orator worthy of Cicero accolades when, in fact, they might have little experience or expertise in oral presentations at trial. The exchange between me, as the expert tree witness, and my retaining attorney was not over-rehearsed and was a more natural reflection of the facts. The jury was attentive and had a genuine interest in the value of the trees subject to the dispute.

The approach used in questioning me was mean-spirited and angry in tone. Each attorney has her own approach to this presentation conduct in the courtroom. Angry didn’t seem to play well to this jury, although it does have its place. She was also nervous and appeared rehearsed in language choices and body gestures. I sensed that the jury saw her somewhat theatrical preparation and delivery for my examination.

There are a few pinnacle moments in a courtroom, and during examination, those grandiose moments come when the attacking attorney stands tallest and makes a death-knoll statement in front of the jury. One of those moments in courtroom time is asking the judge for permission to approach the witness. Oh, this is going to be perfect for the attorney. She has masterminded the fatal blow and now grandstands for the jury to see and to hear. That very moment when her case and her point are taken by both the jury and the judge to marginalize or make moot the expert tree witness opinion(s).

In the matter at hand, I had been given a written quote from a well-known and respected tree farm nursery. It was, in fact, the very same nursery from which I based my opinion of value. The very same nursery. It was a written proposal for the very trees subject to the trial. Same species, same size. The value listed was $750 less per tree than my value, which for the 38 trees in this case added up to $28,500. Even though the total opinion of value was several hundreds of thousands of dollars, this difference made a significant impact on the bottom line, not to mention my expertise. I finished reading the quote to the jury. No one made a sound. Here we all were at the intersection of triumph on one side and defeat on the other.

I had wondered what had become of that written proposal that had been in play during many depositions. I had anticipated it being presented to me at my deposition. It had a Bates stamp on it, meaning it had been brought into evidence somewhere along the proverbial line. But it was never a part of my deposition questioning, until now. Instantly, it dawned on me that this written proposal was the other side’s nuclear option, to be played as the final solution to laying waste my expertise and to my opinion regarding the value of the subject trees.

I first looked at the cross-examining attorney. A faint, involuntary smile just began, for the briefest of time, to cross my face. She involuntarily also reacted with a millisecond fearful glance towards her table of experts and supporting staff. I then looked at the jury. There is a significant problem here, I explained for all and anyone to hear.

The date was in its proper place on the written quote of value. Right there for all to see, in the upper left-hand corner.

I simply could not believe what had just occurred. And if there were any doubt that the crossing attorney was  done, all expectations of further fight were laid to rest as she then attempted to impeach me as a hired gun by going to the question of how much money I was getting paid, how much money I had been paid, and how much money I was charging for my appearance in court. How tasteless. There is a time and a place for this line of questioning, but this moment in time wasn’t it. Matters for her went from bad to worse. One juror actually rolled her eyes at this line of questioning. Desperate. Hail Mary. No time left on the clock.

Twenty-five years earlier, in a matter of property rights (you know, that pesky Article 5 found in the Bill of Rights), I had made the same mistake as an expert tree witness. The difference had amounted to $27.50. But that difference and my mistake of not keeping a mindful eye to the date of casualty did not end well for me. I looked like an idiot in front of the jury. After my testimony, my retaining attorney remarked that I would never forget that mistake.

He was correct. I never did forget.