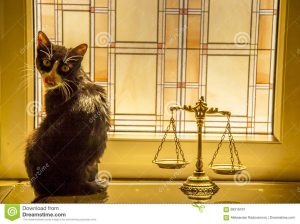 One commodity weighs heaviest among all professionals: the truth. Nothing separates success in the professional marketplace and private relationships quite like the truth. Synonymous with honor, integrity, and character, the truth and a reputation for telling it (especially as an expert witness) are priceless, except when the truth interferes with a constructed reality based on miscues driven by deception.

In this instance, I was having what is irreverently known as “A Coming to Jesus Meeting” with my client, an attorney. Seasoned and successful attorneys retain an expert well in advance of filing suit. The expert, supposedly, teams with the attorney, and perhaps other experts to inform the attorney regarding the strength or weakness of the case. Two things can go wrong during this exercise: One, the expert isn’t expert enough in the process or in the subject expertise to render an opinion; two, the potential “payday” is too great a possibility for the attorney to pause and see the proverbial chessboard from 100 feet in the air. Yes, there are weaknesses; however, the attorney is skilled enough, or so he or she thinks, to navigate around those weaknesses in the case.

And so it came to pass in the matter at hand. A quick back-of-the-envelope calculation ensured this counselor a seven-figure payday. He was already spending the money. There was one slight issue with his case, though: His client was lying to him and staging an event for a windfall of revenue, big dreams, and fat cats. During my interview with the attorney’s client, a landscaper who also grew plants and trees, there were some things that just did not add up. For one, his inventory did not match his sales receipts. This fact meant he was either lying to me and to the attorney, or his office produced and kept bad records.

After spending an hour or so with his administrative staff, I came to believe they were quite astute and that while they could have made errors, it was highly doubtful that they would have made a mistake of this magnitude. A closer inspection of his inventory showed me that plants he had claimed as a loss had been re-potted and placed at the rear of his nursery, mixed in with other plants. I reminded myself that while I was indeed a first-generation son of an immigrant, I had not gotten off the boat that long ago.

I brought this matter to the attention of the attorney who retained me. His reaction told me everything I needed to know. I think I recused myself from the assignment at about the same time he discharged me from it. Either way, I’m glad that my relationship with him ended.

The world of expert witnesses is a small one indeed, as is the inner sanctum of attorneys. Word on the street is that the expert this particular attorney retained was not forthcoming during her deposition. Things quickly went to hell in a hand basket. I don’t know what the expert will do for work now that her persona is so gravely damaged. I do not know what the marketplace does with attorneys in matters such as these, but it can’t be good.

Honesty is indeed still the best policy. My job, and if I might please speak for other experts without their permission, is to tell retaining attorneys where they stand with regard to their case. My job is not to make attorneys happy. My job is to inform them of what it is I think they have in the way of a prosecutable matter based upon the facts known to me at the time I give my opinions. While they may not be happy with the news, it’s far better for them to know upfront rather than invest tens of thousands of dollars in a matter that will unravel as the case makes its way through the maze of obstacles to the verdict.