How to Make an Attorney Angry: The Seven Deadly Sins 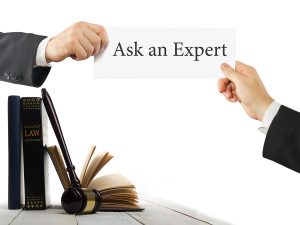 I have noted over the years and in close to 1000 litigated assignments I have been named an expert witness on, all attorneys have melting points – negative or angry reactions to actions of their expert witnesses.

As is almost always the case in life, it’s the little things in business (and life) that count. So here are my Top 7 negative reactions attorneys have for expert witness conduct.

1. Nickel-and-diming: While not of the greatest importance, nickel-and-diming an attorney to death never fails to light a fire on their already short fuse. I know experts who keep time clocks on their invoices. They have their tasks reduced to the minute; sometimes, to the second. Seriously. Yes, I know attorneys that conduct themselves in the same fashion. My personal attorney, whom I am fortunate enough to work with as she watches over my afterlife wishes, invoices by the minute. That’s fine. But reverse the course, and there is an issue.

Me? There are numerous line item components of being an expert witness I do not charge for, including teleconference calls and emails. In my book, it’s called being a good business citizen. An attorney can call me seven days a week if she chooses. I’ll try to get the phone on the first ring, but if I cannot, I’ll return the call as soon as I am able. But she will never get an invoice for any of my time corresponding either verbally or written communiqués.

2. Pre-retention demands: While accepted by almost every attorney, the demands some experts make before they become retained drive attorneys crazy. I know of many experts who have a list of hoops that an attorney, or an attorney’s client, must jump through before the witness becomes retained. Leading the list is a retainer fee. What a retainer fee is for I still don’t quite understand. Cash flow, maybe. To me it’s more bookkeeping. I’m either going to get paid by the attorney or I am not. I am either going to do the job or I’m not going to do the job. If you do not have the cash flow to carry your workload for a minimum of 90 days, then get a loan or get out of the business.

In eminent domain assignments, it is not at all unusual to wait five years to get paid. A quick payday is three years. I have waited over ten years to get paid. On one assignment I had to pay for two motel rooms a night, five days a week, for a period of ninety days, and then wait three years to be reimbursed. That’s 129 motel rooms. I’m being honest here. I trust most all attorneys, and after close to 1000 assignments, I’ve never come up on the short end of the stick. A couple of close calls to be sure but I’ve always been paid. Chill. You’ll get paid. Don’t make the new relationship with an attorney more difficult and cumbersome than it is already designed to be. If an attorney needs a written contract, fine; I’m happy to agree to one. Otherwise, trust speaks volumes about who the expert is and his motivations for accepting the assignment in the first place.

3. Fudging/lying/dishonesty: Understandably forbidden territory for an expert. You cannot tell even a little white lie as an expert despite what your mother may have told you as a child. Not before you are retained or after you are retained. It’s especially true under oath. Dishonesty simply does not work. Even fudging a little bit doesn’t work. At a recent deposition in an eminent domain Taking, a huge line item cost had been assigned to a species of plant. For whatever reason(s), the attorney across from me in the matter was convinced that a certain plant with the word “tree” in the common plant name was in fact not a tree. I agreed. I literally thought she was going to have to take a break during the deposition when she heard my response. And this was at the very beginning of the deposition, which lasted over eight hours.

Once she knew I was being truthful with her, the remaining seven hours and fifty-five minutes of my deposition, although very detailed and tough, had the acrimony removed from the tone of voice. Everyone thought that the case was headed for trial, but the case settled. And I was later retained by the same attorney on a case she had involving plant and tree valuations. Being honest pays huge dividends, and there are no substitutions for honor, integrity, and character. Don’t lie to your retaining attorney about the strength of her case. She may not be happy with your opinion of her case, but she will recognize you as an honorable and trustworthy expert.

4. Unavailability: When an attorney calls, she expects to speak with you. Then, at that time. Now. Certainly, there are times when you can’t. Understood. But they can’t happen too often, if at all. And the time it takes you to get back to her creates a mental scoreboard in her mind, which she does not dismiss. Ever. An expert must be available to the retaining attorney, almost on an as-needed basis. The more at stake, the more important the matter of availability becomes to the attorney. They may take their time in returning my calls, but I cannot take my time in returning theirs. Their time is too valuable, much more valuable than my time. There’s far more at stake for them than for me.

5. Painting a pretty picture: Attorneys don’t want a pretty picture painted for them when asked for an opinion on their case. They want the truth. The truth can be managed. Always shoot straight with the attorneys on both sides of the issue. It is not the expert’s job to make an attorney happy. It’s an expert’s job to tell the attorney the facts as the expert sees them. No ego stroking. As Sgt. Friday used to say,” just the facts, ma’am.”

6. Arguing: It’s an attorney’s job to argue. An expert does not argue with an attorney. Arguing is a bad thing. Figure out another way to get your point across to the attorney on either side of the matter. But don’t argue. Besides, you’ll lose. Attorneys are smarter than experts and more skilled as well. Ditto getting cute with an attorney. It just gets them angry.

7. Being disrespectful: Especially true when dealing with the attorney across from you in a matter. Don’t be rude. Don’t be disrespectful. Being rude and disrespectful is ignorant and in extremely poor taste. You can agree to disagree. You can state your reasons why you do not accept a certain set of circumstances or the outcome of certain testing as an example. But being rude isn’t going to help anything. And it sends to all parties involved a message that you are perhaps not ready for the assignment at hand or the career path you have chosen. Being rude or disrespectful is a sure telltale sign that you are not yet ready for prime-time players.

The attorney across from you has a job to do just like you do. It’s the same but different. Different emphasis. Different outcomes. Same story but with a different ending. Be polite. Be courteous. Be the person that you were raised to be or should have been raised to become. And like mom always said, you can catch more bees with honey than you can with vinegar. Conducting yourself in a disrespectful manner to an officer of the court, either sitting beside you or across from you, is totally unacceptable and in extremely poor taste. Grow up or get out.

There they are. My seven deadly sins of how expert witnesses conduct themselves with attorneys.

To all the attorneys out there, and perhaps experts yourselves, what have I missed? What would you add or subtract from the list?

Check out this related article, “Expert Witnesses on a Litigation Team”.