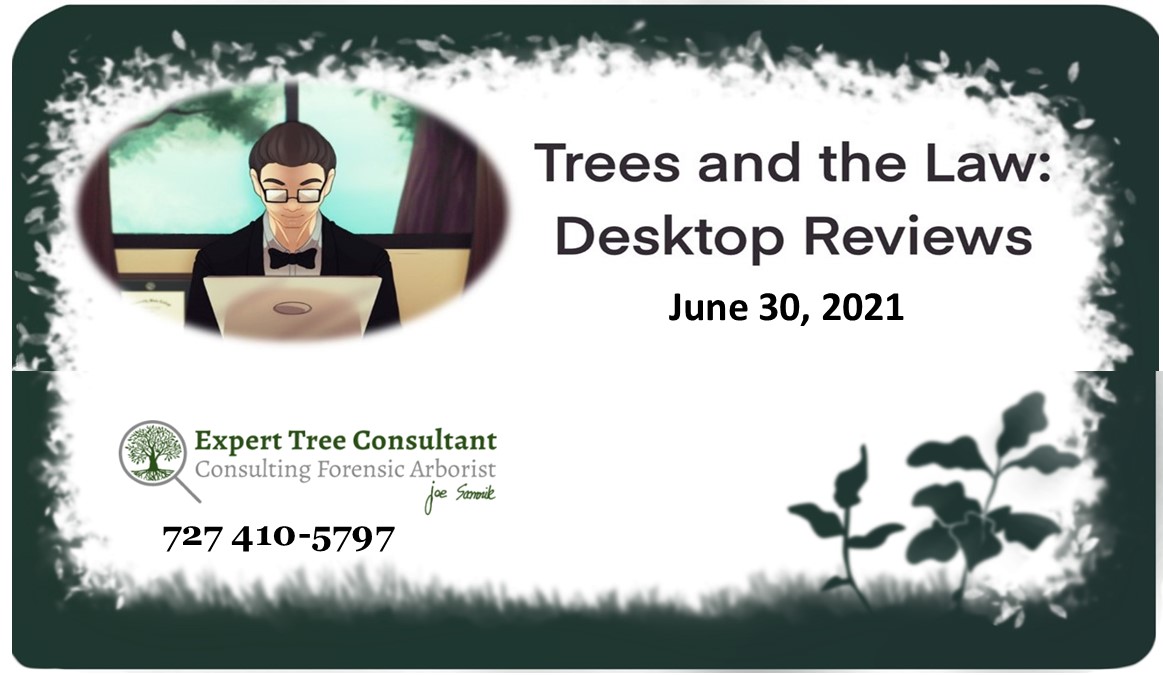 Perhaps it is just me, but there seems to be a greater number of claims without merit occurring than typically is seen in the marketplace. You know, the claimant is being what appears to be less than honest. I have noted a substantial uptick in claims like this recently.

As many claims agents already are aware, I review claims from a “desktop” manner to render opinions such as,

In one instance, a claim came across my desk with provided pictures.  The pictures clearly demonstrated that the wound, caused by a car hitting a tree, was at least 3 years old; however, the claim was being made as if it had occurred last week. Trees respond to wounding in a somewhat predictable manner, which leaves an obvious fingerprint as it starts to repair itself. To the knowledgeable observer, dating the wound on a tree can be done in a predictable manner.

In another matter that came across my desk most recently, a provided picture demonstrated that something did, in fact, hit an insured’s tree. But there were no tire tracks from the traveled street to the subject tree, and no debris field that is consistent with a car hitting a tree at 35-45 mph.

And speaking of debris fields, I conducted a desktop review on a civil matter. Here the guy who got hit by a falling palm tree had the tree removed before pictures were taken. However, he did take several pictures of his car. It was interesting to note that the species of tree that failed and supposedly hit the car was not from the same species of debris found in his vehicle.  You no doubt are drawing the correct inference…

A recent memorable desktop review was a multimillion-dollar lawsuit alleging that the soil pH of a manufactured media was inconsistent with that which was specified and ordered by the client. The soil pH was higher than specified by plaintiff in his product liability claim.  In this matter, a large number of products such as fertilizers, which the grower/plaintiff had ordered for his plant production, were reviewed by me. I learned that he had ordered 100 pounds of dolomite. And what does dolomite do? It raises the soil pH and sweetens it.  Case solved.

In a matter involving a contract dispute between a landscape installer and the developer,  many plants and trees specified by the insured landscape architect were alleged to have been improperly installed. And they were improperly installed.  However, the landscape architect printed and published illustrations to support a narrative of the proper way to install a tree or plant. The big problem was that the illustration was incorrect and juxtaposed to national standards. When a professional work product does not align with national standards, there is always a problem.

Do you have a question or concern regarding trees and plants involved in a dispute or claim?  If you do, send it my way and I will review the matter as a professional courtesy.