Skip to content
11Jul 2019 by Susan Rooks No Comments 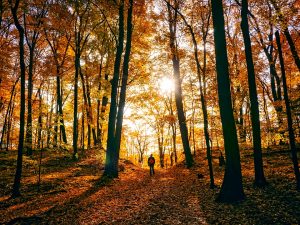 Is the Whole Always the Sum of its Parts?

The “Green Industry” is governed by the American National Standards Institute (ANSI A300). The Standards consist of 10 Parts that cover the various categories of work and provide for certain standards in the writing of specifications and performance. This of course affects where liability lies for a failed tree.

The question becomes: Are these Standards separate and apart from one another or is there one Standard with 10 Parts?

This question is central to the matter at hand. A man standing near a tree dies instantly when a limb fails and kills him. Negligence or an accident? Perhaps an Act of God? Was the  failure covered by insurance or did a preexisting tree condition exempt coverage?

There are many instances where an insurance company wants to know if the tree subject to a claim had a defect, which, through the process of due diligence, could have and should have been detected and remedied in the before situation of failure. If so, then no coverage. Due diligence also applies to actual Acts of God. While there may have been an actual hurricane or other event, there also existed a defect in the tree that would have been noted and remedied if an inspection had been done. Regardless of the Act of God, there would be no coverage due to the preexisting defect.

On the other side of the insurance equation may be found the claim to be paid regardless of any preexisting tree condition. Such was the case in the current instance. The subject tree had open and obvious defects prior to failure. The claim was paid to policy limits.

However, the matter was escalated to a wrongful death civil suit. Negligence was alleged by the owner of the tree. Due to the number of potential targets (people and vehicles in this case), there was a duty to inspect the tree(s). There is a greater duty to inspect with more people and fewer trees than with more trees and fewer people. If the duty to inspect was not done and that failure to inspect caused a failure resulting in damage to targets, then negligence is at hand.

During the deposition, plaintiff’s counsel focused on the duty of the arborist who had previously worked on the subject tree that failed and caused the death to detect the open and obvious defect. Does an arborist working on a tree have the duty to inspect it for defects?  Therein lies the question and the answer.

How Does This Affect Liability for the Failed Tree in This Case?

As the matter unfolded, emphasis was placed on the open and obvious defects prior to the failure of the subject tree and the resulting death. Many components were brought to bear including the level of expertise of the arborist and the fact that the tree owner had, through his conduct, a low level of risk acceptance, a non-delegatable duty.

The matter settled after depositions were completed. The fact that different Parts of the ANSI Parts do not form a binding circle lends credibility to the opinion that ANSI is 10 separate Parts, not one Standard with 10 different Parts.