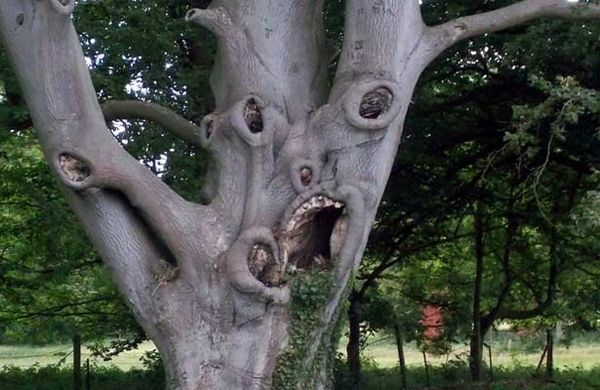 New Tree Species and Varieties. Coming to Your Town Soon.

The World Tree Organization (WTO) has just released three new species of trees permitted to be grown in cities and private landscapes. This much-awaited list came at the expense of many who wanted more ornamental varieties introduced to the landscape.

Frederick Birch, president of the WTO, reminded all countries that the global effort to clean our air could not be realized with ornamentals but rather functional varieties as the committee has long recommended. He reminded all that the function of the tree was far more important for the benefit of all people than the ornamental value for a few.

The WTO was founded by all nations in an effort to keep the planet in a livable condition. Past efforts that saw volunteers attempting to replant millions of trees was an utter failure. It seems that all people and governments forgot that the trees had to be maintained. Not enough resources were allocated for this effort.

Thanks to science, we are now able to manufacture trees and not grow them in the traditional sense of tree farms and plant nurseries. And, because no land is required in the production of the new tree varieties, the newly vacated land will be transformed into housing opportunities for people everywhere.

These trees shall be installed first in China, a country with the greatest population and source- point pollutants of our atmosphere. Other countries shall follow suit. It is estimated that the production of the new species of trees will take approximately one year to manufacture, and an additional two years to situate into landscapes.

Those of you who have any of the ornamental species introduced decades ago have thirty days to get rid of them. Collection shall be initiated by all governments within the coming year.

The new varieties include some of the old-time characteristics of traditionally grown trees. For cities, the only choice of variety remains the “Deep Populater,” although there is talk of a new color to be added to the green palette now being manufactured. Red leaves and yellow leaves may well be seen in our populated areas soon. But for now, the “Deep Populater” remains with green leaves only. One can only hope…

For those of us complaining that not enough fruit is in our diets or available for purchase comes the “Poppel Tree.” This will resemble the old-fashioned apple tree in growth characteristics with fruit that tastes something remarkably like apples. On the drawing boards are the next manufactured variety of trees, which shall produce fruit similar to citrus. Development is about three years off from the marketplace.

It is estimated upon the completion of installation of these two new varieties that 8 million people will be fed this year alone. Research continues in the development and production of more edible bearing trees for our cities and private landscapes.

As to function, without ornate value is a new introduction manufactured for the purposes of shade. The new introduction has been called “Cloudless.” Despite our successes in deflecting the direct light generated by the sun, high temperatures still are a problem for much of the world. Mr. Birch opines that “Cloudless” will fit the bill perfectly.

Please recall and remember that planting or owning your own trees, if you could find any, remains against the law with severe consequences for violations.

I welcome your thoughts as always. 😁