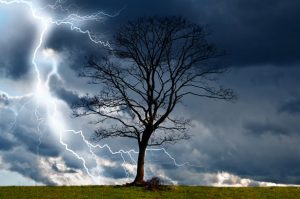 One of the most important components of an attorney’s litigation team is the expert witness. An attorney going into a court without the best expert is like a solider going to battle without a rifle.

And so it came to pass in a federal courthouse some time ago that a black limousine pulled up in front of the courthouse steps. An attendant quickly stepped to the rear door to open it for his passenger. It was at that time one of the guards at the courthouse shared with me this quip: “You (me) are in for one hell of a ride, my friend.” Not a particularly a comforting message with my appearance for testimony scheduled for first thing in the morning – just about 15 minutes away.

It seemed this particular attorney, in a black three-piece Hickey Freeman suit with a pair of highly shined church shoes, traveled about the country destroying expert witness testimony regardless of their area of expertise. He was an assassin, an older gentleman who walked with an air of authority and confidence. I was to be his next victim. The guard went on to tell me this man’s legend and his amazing accomplishments. Common sense told me, but did not reassure me, that I knew my subject matter and that regardless of his well-publicized expertise, he could not overcome the truth or the science of this matter.

The matter was damages to trees in the amount of just over $1 million. Not a particularly large  sum as tree cases go, but it was a federal matter. My retaining attorney was as good or better than I had had the pleasure of working with in the then 800 cases of my career. He was excellent. Preparation was amazing (I remain amazed at the number of attorneys who do not properly prepare their expert witness for testimony).

Having been summoned from the anteroom into court and sworn in, I found myself in the proverbial hot seat. Direct went well. Then, the assassin took his place at the coveted courtroom position to begin his examination of me and my opinions. With baton in hand, he tapped it upon the lectern, and all players came to mental attention. His inquiries were uneventful. Waiting for something huge from this master destroyer of experts and their careers, I completely missed his money shot, so to speak.

Was I aware that a severe weather event had occurred prior to the subject weather event? Yes, I was aware of that fact (but only tangentially from a passing comment made months prior. I had given the matter no thought or preparation). Then, there it was, the question designed to fold my hand: Could damage on a tree from one storm be differentiated from damage on a tree from different storm?

But the damage could be differentiated. That’s science.

The assassin stood there. I sat there. The room was deafened by the sound of crickets. Nobody moved. A quick glance at my retaining attorney and his team was of no assistance as to their thoughts or expectations. The judge sat there, seemingly looking down at a document. Seconds became a lifetime of shared uneasiness as utter silence stalked the courtroom. The assassin mutely raised both hands in the air, gesturing “What? What now? This guy (me) wasn’t supposed to say that!”

A lifetime passed. The judge finally broke the silence and asked if he had any further questions of the expert. The assassin looked to his table. Nobody looked back. Silence. Wracked nerves.

The assassin, still working in a vacuum of silence, flipped over four pages of his notes made on legal-size yellow paper. Those notes were to impale me upon his continued cross when I answered that, no, the difference could not be made to damage to a tree from one storm versus another storm.

Unbelievably, the master assassin did not have a Plan B. He rested after a couple of questions that made no impact whatsoever on his examination. I was excused, so I went back to the anteroom and waited.

The assassin made a fundamental mistake. He didn’t do his homework regarding his expert witness, who obviously masterminded the question to ensure my destruction as an expert. A quick check into that expert’s past showed that while under oath he claimed he was buried with work, his membership in one of arboriculture’s finest organizations listed him as retired. That came with a significant reduction in annual dues. This expert appeared to be dishonest. Dishonesty: the only metric that cannot be managed in life or in the marketplace.

Of all the elevators in that federal courthouse, I managed to slip into the one that had as occupants the assassin and his expert. I’ll never share what was said during the ride from the fourth floor to the lobby, just that it was a sad conversation regarding the assassin. His expert confirmed my assumptions of his honor and integrity. The very definition of a hopeless and helpless man. Broken. Shameful. Done.

Over the years, I’ve had the amazing good fortune of working with, and being across from, the very best and finest attorneys our justice system has produced. I’ve discovered that I’ll never be a match for their acumen or their bel esprit.  Also, I realized that the wonderful thing about science is that it’s true whether you like it or not. Regardless of the attorney across from me at deposition or in court, the truth is an insurmountable obstacle for the examiner of fact.

I do wish each one of you the very best.