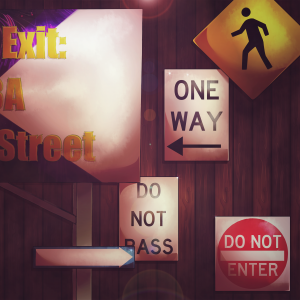 Have you noticed that signs are everywhere on our highways? But there are rules and laws that govern most, if not all, of them.

In this matter, the Florida Department of Transportation (FDOT), the Florida Outdoor Advertising Association (FOAA), and Citizens for a Scenic Florida (Citizens) were caught in a quagmire of legal lawsuits regarding the appraisal of trees in front of billboards along Florida’s scenic highways.

If a tree or other vegetation obscures the face of the billboard within that sight-line distance, billboard owners have a right to prune or remove the subject tree, provided they submit an application to the FDOT before the removal or pruning occurs.

Dirty tricks abound, and it was soon discovered or at least conceptualized that the owner of one billboard company would, under the cover of night, remove trees in the front of their competitors’ billboards. The Department then leveled fines and mitigating costs to the owner of the billboard where trees were removed.

That, in and of itself, created significant legal issues, not to mention ethical and moral matters. But the focus went on to exactly how anyone could appraise the subject tree for its value in front of a billboard face.

Scores of lawsuits were pending. The FOAA and the Department were in great battles over amounts owed and the derivation of removals. Citizens joined the fray as the watchdogs for a large contingency of voices for people demanding that scenic highways not be destroyed due to tree removals.

And so, on an otherwise uneventful afternoon, a (soon to be former) dear friend in the state’s capital called me. Could I come up for a day and settle the matter? Two years later, and countless meetings of owners, attorneys, legal aids, and passionate citizens, all parties agreed to a formula.

We must always remember that a committee designed the camel. This subject camel was included in Rule Chapter 1440 of the Florida statutes. Today, all Floridians may use my formula to establish the value of trees or landscapes.

At the end of the proverbial day, all parties assembled stood and shook hands, and while some may have had their fingers crossed behind their back, they had formed a consensus to settle questions of tree values in Florida. And I went home, on to the next assignment: devising a formula to establish the value of certain tree species in a class action suit.

I do wish you all a prosperous and healthy 2019.

1 thought on “Signs, Signs: There are Signs Everywhere!”