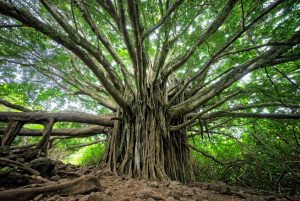 Tree codes: death, injuries, and unintended consequences are a fact of life for arborists!

I can recall to this day precisely where I was and what I was doing when I first heard the news. Unbelievable as it was. Stunned. Intellectually frozen in my thinking.

I needed permission to remove it. And I needed to get out my checkbook to boot.

True, developers had been clear-cutting land for years. Thousands of acres of trees had disappeared to make room for the marketing of Florida one square foot at a time. But the party was over. The stage was set. No turning back. Developers and citizens have been brutal enemies ever since that time.

A new marketplace was created.

As the divide between citizens and developers widened, tempers, attitudes, and actions became more hostile. Little old blue-haired ladies chained themselves to trees, keeping them, at least temporarily, from being removed by the nearby idling bulldozers. Little old men in hats and over-the-calf white athletic socks roamed streets looking for violators and violations. Aspiring elected officials became keenly aware that the love of trees, or the presumption of such, was the golden ticket to getting elected.

Citizens demanded more stringent rules and legal lines in the sand to be drawn in an effort to save trees. Science gave way to mass hysteria when it came to tree preservation. Money was being made hand over fist by the newly minted Urban Forester working in a new woods, the Urban Forest. The rules of the road got more restrictive. And power-hungry egomaniacs were placed into government positions to enforce the new tree ordinances. The cost of building homes rose, as did insurance rates for the insured. The costs of tree mitigation were deal breakers for developers looking to build communities.

It was no longer just a matter of trees; it was trees and people that drove the ever-increasing insanity of tree codes and ordinances. While the new tree ordinance enforcers may not have known the science of trees or tree biology, they learned the ordinances and how to enforce them. And that led to bad outcomes.

Trees that should have been removed due to dangerous conditions were left standing in the name of the law. Citizens were denied due process. Inverse condemnation situations occurred as good folk were denied the reasonable use of their land because of a tree’s location on their lot. All this while citizens demanded even more and stricter laws regarding tree preservation.

People and people’s property became injured or died because dangerous trees could not be removed because of tree ordinances. People of less financial means were hard strapped for the money it took to pay for a tree permitted for removal. A hot mess ensued.

How things changed in Florida

In Florida last year, an elected official in the State House of Representatives introduced a Bill that circumvented tree ordinances after he himself was pressed hard against local ordinances to remove a dangerous tree in his back yard as hurricane warnings were posted. Since the Bill that became law allowed a tree to be removed without the need of a permit, no mitigation fees were required. No red tape. No administrative reviews, just a report from an ISA-certified arborist or landscape architect stating the tree was a danger. Bingo! The tree could be removed. There are well-placed people in the state capital who want tree ordinances removed altogether.

But beware: Dishonest arborists are making a small fortune in tree removals based upon the new Bill. These scallywags are going door to door, or placing advertisements stating they will remove any tree after they inspect it and condemn it according to the new Bill. Mayhem ensues and one case has already gone to court. Attorneys are poised. Ladies and gentlemen, open your checkbooks.

The pendulum swings; this time it was in the wrong direction for those who make a living enforcing tree ordinances, and for all the money that came from tree ordinances to fix pot holes in the streets to most any category of need in a community including street lights. Government jobs are at risk for urban foresters employed by city and county to enforce tree ordinances. Consultants are quickly realizing that there may not be trees to consult with anymore. People are justifiably panicked. Of course, developers are thrilled.

But change is inevitable. Of course, for some, the change comes too quickly; for others, not quickly enough. Cities and counties are scrambling to revise tree ordinances to make them more user-friendly. Property rights is a term being looked up in the dictionary apps. Article 5 of the Bill of Rights is coming to the attention of our elected officials; at least, the last sentence is being scrutinized in an effort to level the playing field for all players.

Are tree ordinances in your jurisdiction being revised or considered for revision? Do you know your tree ordinances? You do not have to be a developer in order to be impacted significantly by this matter of tree codes in your living area. All you have to do is to do nothing.